Celebration of Life for Vivian Gittens 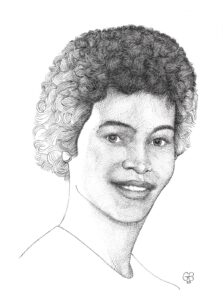 Vivian L. Gittens was born on February 26, 1932 to Edward Armstrong and Vivian Sawyer.   She departed this life on November 16, 2020 at Overlook Medical Center in Summit, New Jersey. She was cremated at the Rosedale Cemetery in Montclair Township.

She grew up in Brooklyn, NY and attended Bushwick High School. Vivian married Neville O. Gittens, Jr. in Brooklyn on July 12, 1952.  They were not only a loving husband and wife, but also friends who shared a joyous and beautiful life together for over 70 years.  Vivian and Neville lived at 228 Clairmont Terrace in Orange, New Jersey for 32 years.

Vivian was a devoted mother to her children: Cheryle Gittens-Bailey, educator and founder of a global institute, and Neville Gittens III, deceased, retired lieutenant and spokesperson for the San Francisco Police department. Vivian inspired her family to overcome societal challenges, and successfully modeled the discipline, values and traits required for excellence.

In her work life, she held administrative positions throughout her career at JCPenny and the Standard Oil Corporation, then known as ESSO now known as EXXON. She worked as a claims representative for the Social Security Administration for over 32 years, and retired from that position in 1981.

Her love of learning led her to pursue and receive a Bachelor of Arts degree in education from the Brooklyn College in New York on June 12, 1979, at the age of 47; and to earn a certificate as a Master Gardner from Rutgers University.

Vivian was a talented soprano who sang opera, played the piano and loved music.  She was a member of the New Jersey Symphony Choir and the Elmwood United Presbyterian Choir, where she also served as a deacon.  She traveled throughout America and the world to several countries in the Caribbean, Europe and North Africa.  She always accompanied her husband and children to the endless special events, conferences, and celebrations that marked her family’s lives.  All anyone had to say was “Do you want to go… ?;” and she would say yes before you could complete the sentence.

Vivian was a positive woman who was always enthusiastic, loving and adored by many.  She was admired  for her sense of beauty.  She expressed this love in everything that she did.

Vivian patronized the arts, played contract bridge, was an avid gardener, interior decorator and swimmer. She was an excellent cook and loved dining at fine restaurants.  She also belonged to clubs and routinely attended many social affairs like the Ebony Fashion Fair, the Beaux Art Ball, Standard Oil Club of Jersey Art, Brooklyn Reunion and Edges, countless other professional clubs that served a higher purpose to uplift others.

Vivian is reunited with previously departed parents Edward and Vivian, her son Neville, and sister Millicent Patrick.  Vivian is survived by her husband Neville Jr., her daughter Cheryle and son-in-law George F. Bailey, his three children and grandchildren; brother-in- law Guy Lee; aunt Sybil Daniels, many cousins here and overseas.  Although her presence will be missed, her kind and passionate spirit will never be forgotten and will be memorialized forever in the hearts of those who love her deeply.