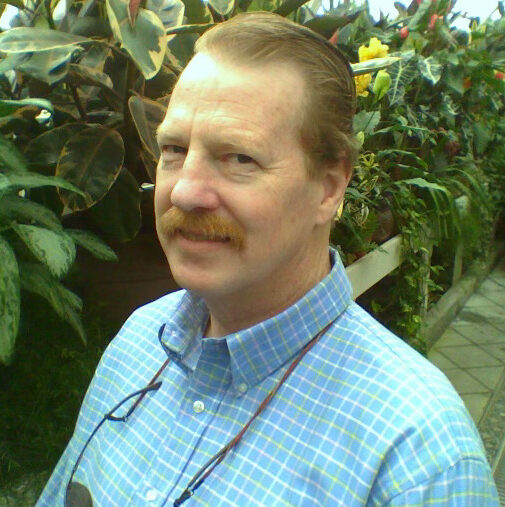 We are heartbroken to announce the death of Jeffrey Stuhr. Never giving up, he lost the battle for his life at home on March 21, 2021 at age 67.

Jeff was born and raised in the Sunset District of San Francisco. He attended Holy Name School and graduated from Lincoln High School. He was employed as a newspaper boy, worked for Safeway, and for Fuller O’Brien Paint Company.

As a youngster and teen Jeff spent his summers in Sonoma with his grandparents, and he knew that one day Sonoma would be his home. In his 20’s, Jeff moved to the Russian River where he worked at River Lumber Company, the local builder’s store.

When Jeff was 25, he was involved in a car accident that caused his spinal cord injury. During his extended recovery period, Jeff was determined to get back to a high mobility level and wheel back into life. Not only mobile in his wheelchair, Jeff also was again able to drive a car with hand controls, traveling to limitless destinations.

Two years after his accident, Jeff happened to be in a hospital for a minor exam, and he met a nurse that he knew he would marry. Five months later Jeff married that nurse, and he and Lynn began their life together. Jeff and Lynn moved to Fetters Hot Springs in 1982.

Jeff was well known in Sonoma Valley, easily recognizable pushing his wheelchair around town. Many still remember years ago when he traveled everywhere with his son Brice on his lap.

Jeff counseled many people, and their families, who suddenly found themselves in wheelchairs after an injury. Always advocating for wheelchair accessibility, he was responsible for creating the disabled parking spots on the Sonoma Plaza as well as many of the cut curbs in Sonoma and the Springs. Jeff also advised many local businesses on how to provide affordable and safe access for those with physical challenges. For years, Jeff organized a local Barrier Awareness Day in which community members would spend a day in a wheelchair, pushing around town, shopping and experiencing the challenges associated with life in a wheelchair.

Athletic before his injury, Jeff did not let his injury slow him down. He played basketball, tennis, snow skied and water skied. He organized a wheelchair basketball team, the Sonoma County Gladiators, and they played locally several times with the local firemen amateur team who also competed in wheelchairs. Jeff also organized a well-attended and much lauded wheelchair tennis tournament in Napa.

A community volunteer known for his fundraising prowess, he raised funds for El Nido Teen Center, Valley of the Moon Hospice, the Boys and Girls Club (via Hit the Road Jack), and various other non-profit organizations.

Always positive, friendly and interested in others, Jeff loved his family, friends and community. Those who knew Jeff loved him and his generous and inspiring spirit.

Memorial donations may be made to the Christopher and Dana Reeve Foundation.