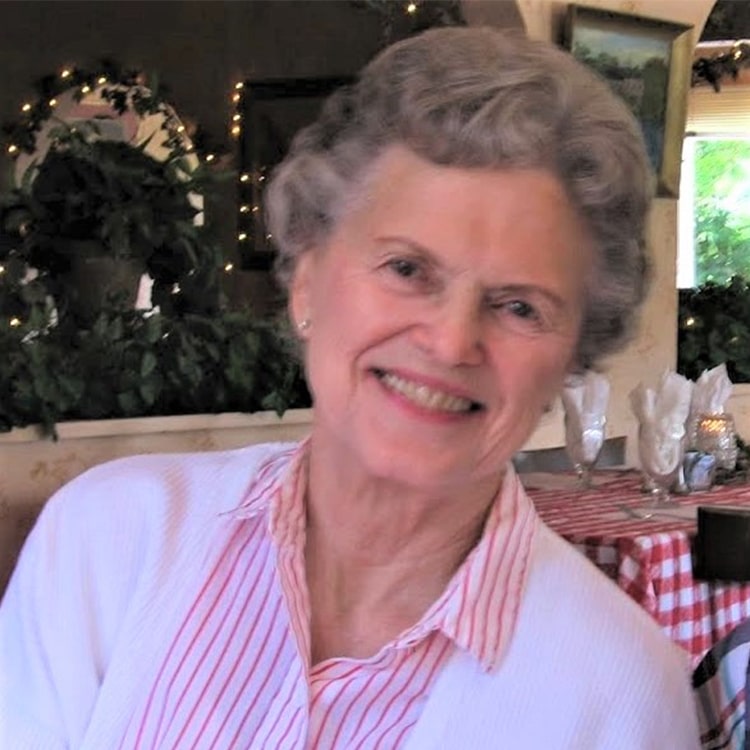 As a child, Jeanne attended a one-room school where she soon outstripped the teacher in knowledge so she was assigned to assist other students with their school work.  She decided early on that teaching as a career was not for her as she did not have the patience for struggling learners.  As a farm child she roamed the farm, balancing on roof beams and jumping into hay piles in the barn. These activities often took place while she was supposed to be at church with her dad.  She and her dad had a pact that some things were better left unsaid with her mother.  During World War II, Jeanne did her part by helping her brother, John, with farming by driving the tractor during harvest time.

Jeanne received a full academic scholarship to Michigan State University where she relished good books, witty conversation, and learning.  Jeanne subsequently met and fell in love with Leonard. With a desire to establish a life together, Len and Jeanne were married in her hometown of Battle Creek on July 24, 1947. Over a short period of time four children entered their lives and Jeanne became a devoted mother. While living in Lawton, Jeanne contributed to the community while raising 4 young children with a husband who was often out of town working as a regional manager for Martin Marietta corporation. In her spare time Jeanne was on the library board, a member of the Isabella Club, a foster parent, and belonged to a wacky but fun kitchen band, the Kitchen Kadettes, which performed at community events. Jeanne and her group were a sight to behold as they dressed in kitchen maid outfits and pounded away on kitchen utensil instruments. Jeanne’s children had such a high regard for their parents that they were never embarrassed by their antics performed on behalf of the community.

Eventually, Jeanne and her husband established a real estate company and Jeanne became a real estate broker and the mainstay of the business.  Jeanne enjoyed being self-employed.

Many memories were made at their cottage on Otsego Lake in Gaylord, MI. Every year during the summer, Jeanne and Len packed all the kids up in the station wagon with comics, books and snacks, which were all read and/or eaten by the time they finally left home and headed north for a couple weeks of family fun. Jeanne had the bulk of the work to do removing tracked-in sand and preparing meals. Never complaining, Jeanne loved this time with her family. Lacking a T.V. and other forms of entertainment, Jeanne always had a book close by. Always a voracious reader, she easily entertained herself.

Special events were celebrated at La Cantina Restaurant in Paw Paw and late-night parties were held in the Hill’s rec room. During these late-night parties, Jeanne’s children would often congregate in the stairwell, out of sight, to spy on them, thinking this was the pinnacle of grownup fun. Len and Jeanne bought a boat which they named Rolling Hills and joined friends in trailering their boats cross-country to a variety of rivers and locks for boating. Many summer days were spent navigating rivers and other inland waterways.

Jeanne was kindhearted and compassionate with a spirit of generosity that was unmatched. Her kindness extended to her children’s friends and although she had 4 children in her home, friends were always welcome. Jeanne’s thoughtfulness and love for her grandchildren inspired her to build a dollhouse, maintain a freezer full of popsicles, continue the jelly bean hunt tradition, provide a little tractor court, include egg cups and individual napkin rings with cloth napkins during meals.  Saying, “May I be excused,” from the dinner table was required so that the grandchildren could learn proper manners. The last activities were not as appreciated as the first activities; however, Jeanne’s philosophy was that good manners will carry you far in life.

Although she will be much missed, Jeanne leaves behind a priceless collection of memories that her loved ones will forever cherish. A memorial service will be held in Lawton, Michigan at a later date.