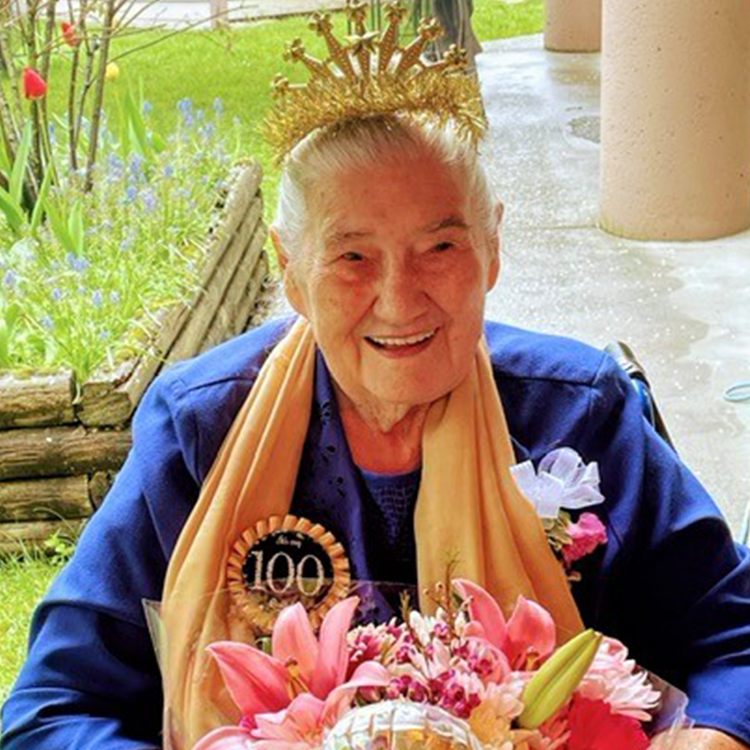 Trudy Elizabeth Jantz at the age of 100, passed away on September 8, 2021 in Eagle Ridge Hospital.

Trudy was born in ST Ingbert, Germany to Adam Eberle and Lina Schlemmer on April 25, 1921.

Trudy was 3 years old when her father passed away, and her mother had to move with her 3 children back to her parents’ house.

At the age of 18 the war broke out and the family moved to the middle of Germany.

For the next 10 years Trudy lived through hard times but always appreciated the little they had and lived a life of great kindness helping others in any way she could. Her faith sustained her in the hard times and her life was a true example of love, patience, forgiveness, and the true joy of helping others.

Trudy loved to sew, crochet, and knit; her hands were rarely still. Always knitting sweaters, dresses and vests for her daughters and then for her grandchildren. She also shared a love for food, and entertaining with friends and family as often as possible.