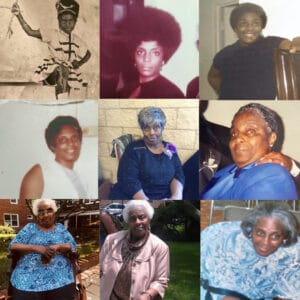 On November 25, 1936, in White Springs, Florida, the world welcomed the birth of Mary Francis, the eldest of the children of Mattie and the late Oscar Davis, Sr.

She was educated in Florida’s Hamilton and Columbia County school systems. After graduating high school, Mary relocated to New York City to seek educational and career opportunities. In the mid-sixties, she married fellow Floridian, Louis Ford. She retired in  late nineties after 30 years of service with Queens college supervising the maintenance staff. Mary expressed her faith in all facets of life. It was common for staff members to become her church members. She had a passion for witnessing and bringing the weary to Christ.

Mary’s relationship with Christ began at an early age. She was baptized in Mt. Pisgah AME Church, Lake City Florida.  She rededicated her life to Christ in the mid-seventies, and joined Antioch Church of God in Christ, Jamaica, NY. It was at Antioch that Mary delved into God’s word and fortified her faith. If she was not in church worshipping, she was at home studying the Bible and praying. As her faith grew so did her ministry. Mary illuminated the heart of God by serving in ministries that touched the lives of others.

She later joined First Church of God in Christ, Jamaica, NY, where she participated in a food pantry ministry. She eventually headed the ministry and expanded the mission to include hot meals. Participants always left with bags of food in hand, warm meals in their stomachs, and prayers for their souls.

While at First Church, Mary felt a call from God to start a Sister Sistah Circle ministry. It started as an annual retreat for the church’s women and family members. Today, the ministry has over 300 members who pray together throughout the year, hold an annual prayer breakfast, and rejoice unto the Lord at its summer retreat. Mary’s twenty-eight year legacy as the founder and visionary of Sister Sistah Circle continues to flourish and includes members from her last church home, Pilgrim Baptist Church, Brooklyn, NY.

Evangelist Ford was one-of-a-kind. She just wanted the Lord to be pleased with her life. She focused on doing what was right instead of what was acceptable. She wanted to be a light in a dark and dying world. For those who love her, her love is an unextinguishable flame to pass along.