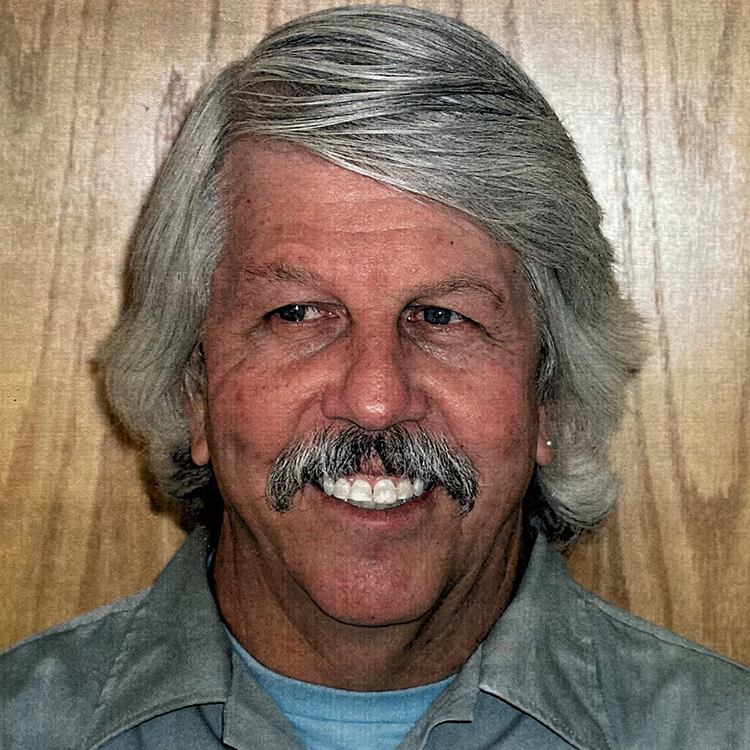 Larry loved everything outdoors, from camping to fly fishing; hunting with family and friends; to pulling the tail of a treed mountain lion to get a better photograph before turning him loose; or rescuing a deer through the ice or an injured hawk by the roadside.

He was as comfortable cleaning Caribou County pheasants with Gov. Andrus as he was showing Senate Pro Team Reed Budge the best fly to use on the Madison. His friends shared Larry’s enthusiasm and passion for life and the fact it was never how many or how big, but the journey getting there. With the Larry we knew, it was all in, whether in a kayak, his “California beach bum” on his first real horse, or standing up for someone being bullied, there was very little middle ground.

Larry was born in Twin Falls, Idaho, on July 2, 1947, to John Hlavaty and Ellen Coker Hlavaty.  Much of his childhood was spent fishing, swimming, and playing baseball in Buhl, Idaho with his brothers Raymond Hlavaty (deceased) and Danny Clayton.  After fourth grade, he moved to Santa Barbara, California where he later graduated from San Marcos High School, Class of 1965. Following high school, he enlisted in the Marine Corps where he served in Vietnam from 1965 to 1967 where he was awarded the Purple Heart. After returning from Vietnam, he married his high school sweetheart Andy. He graduated from Utah State University with a degree in Wildlife Biology in 1973. After college he worked for the Oregon State Police, Wildlife Enforcement Division. A few years later, he moved to Idaho where he worked for the Idaho State Fish and Game. He moved to Soda Springs, Idaho, in 1983, where Andy and Larry raised five kids. He retired as a Game Warden in 2003.   After retirement, he and Andy spent their time visiting grandchildren, traveling, camping, fishing, surfing, and skiing.

His adventures were many. Every single day was one for him and those around him. Larry lived his life fully and with few regrets. And that’s what he would want all of us to do too. The world is a little smaller place without our friend, grandfather, father, and husband, and he will be missed dearly.

“Gradually he drifted off to sleep, pranging ducks on the wing and getting off spectacular hip shots.”

A family service is being held privately, please join us for the live stream January 8, 2021 at 2:00 pm MST.