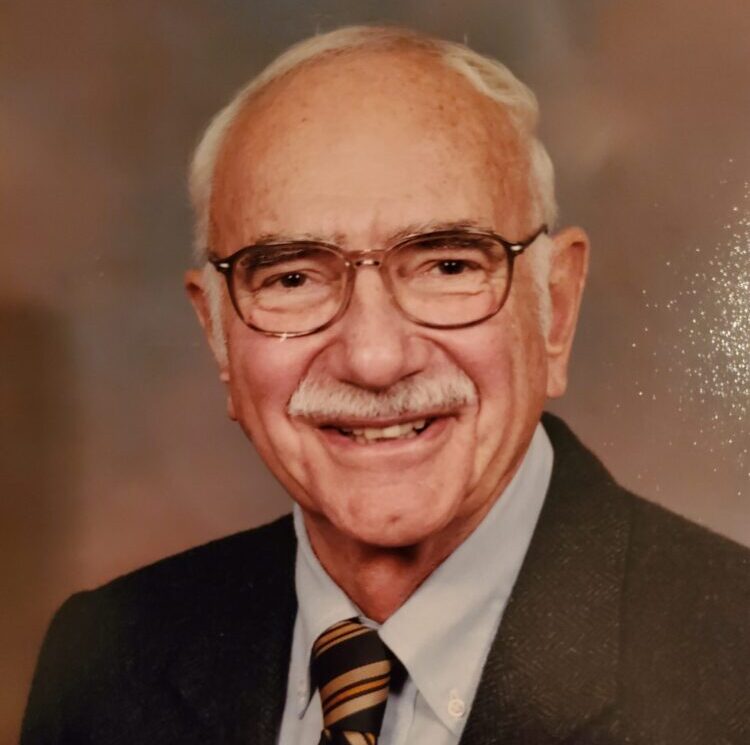 Joe Goss died on January 1, 2021 in Torrance Memorial Hospital due to cardiac arrest at the age of 95.  He was born on November 10, 1925 in Terre Haute, Indiana, to Dorothy Virginia Posey Goss and Joseph William Goss, Sr.

He enlisted in the Navy during WWII at the age of 17, and was part of the V12 Officers’ training program at Washburn Municipal University of Topeka Kansas and UCLA.  The war ended before he completed his training or his education.

He completed his last semester at UCLA and graduated as class valedictorian.

He graduated from Stanford with a law degree.

He had a distinguished career, including positions as:

Joe was a world traveler, an amateur genealogist, and a life-long Democrat who was proud that he voted in every presidential election since Truman.  He was involved in historical preservation in Loudon County, Virginia.  He loved parties and could talk to anyone.  He was known for his enthusiasm for life, and always said that his greatest gift was the gift of appreciation.

He is survived by his son Walter Woodbridge Goss (Walt) and his daughter-in-law Margaret O’Neill Goss (Peggy).  He is also survived by their adult children Sarah Megan Goss (Megan) and James Alexander Goss (Alex).  In addition, he is survived by his daughter Sarah Hope Goss (Hope), his son-in-law Denis Fong, and his adult step-granddaughters Katie Fong and Julia Fong.

The family will host a Zoom Celebration of Life on February 5, 2022 at 11:00 Pacific Time.  A private interment will take place at the military cemetery in Quantico, Virginia, at a later date.  Please contact family for information if you are interested in attending.  A check box is provided below if you would like to be informed as plans develop for the interment.

In lieu of flowers, memorial contributions may be sent to: