RSVP to Join via Zoom 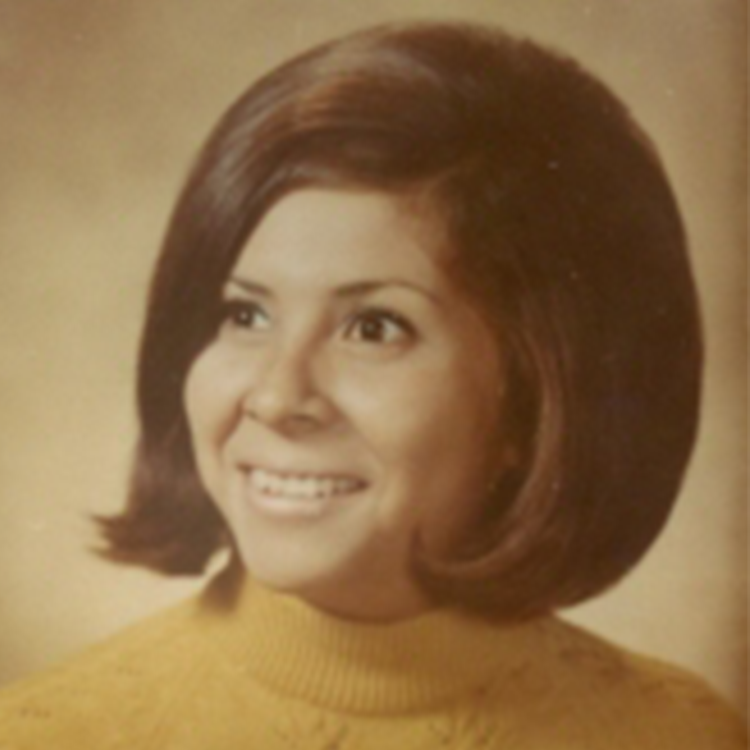 Catherine “Cathy” Shaffer passed away peacefully with her children by her side, she was 69. She was born in San Diego, California where she lived for most of her life, and also resided in Greenwood, Indiana where she spent her final years. She was preceded in death by her beloved husband, Thomas “Tom”, 14 years ago after a marriage of 35 years. She was a retired AT&T telecommunications operator who was a dedicated mother to her three children for whom she leaves behind; Patricia Ditullio, Randy Shaffer, and Veronica Shaffer. She is also survived by 7 grandchildren and an expected great grandchild.

She grew up in El Cajon, California under the loving care of Bennie and Frances Machado, along with her three sisters and two brothers. She met Tom in San Diego in 1971 after his service in the U.S. Navy as a corpsman during the Vietnam War. He was a true “war hero” obtaining three Purple Heart medals for his life saving endeavors and she viewed him as a hero of her own, having been her first and only true love. She and Tom settled in El Cajon where they continued to raise their family. During this time, Catherine’s life flourished making unique personal connections with the people she met along the way. Family and friends adored Cathy for her loving ways. She had the best way of cheering others up and making them feel so special–no one will ever forget her for that.

Cathy was a die-hard sports fan who loved the San Diego Chargers and Padres. Her eyes would light up telling stories of attending playoff games with Tom and other friends; her excitement and cheer was like no other. Despite neither team ever winning the big game she loved them to the very end, which is a testament to her devotion to others in life (you could always count on Cathy in a time of need). She also loved to travel throughout California and between her parents’ two “retirement” homes in Baja California, Mexico and Hamilton, Montana. She and Tom managed to blow the engines on not one but two 1970s-era VW buses with their free spirited excursions, children in tow. Cathy was known for hosting numerous backyard barbecues and holiday events that united family and friends bringing happiness to all. Throughout her life she created priceless moments of joy and excitement for many people, in a way that only Cathy could do.

In 2017, Cathy relocated to Greenwood, to be near her eldest daughter, where she proudly established her very own residency in a cute cottage style house right on “Main Street”. From there she could sit on her front porch and watch the weekly car show that came through on Saturdays…she loved it! She also expanded her family by adopting two dogs that meant so much to her. These were major accomplishments for Cathy because she struggled to find her independence and sense of direction after Tom’s death. Her family couldn’t have been more proud of her resiliency and strength.

Cathy Shaffer will be missed dearly, but the strength of her love lives on in those she touched. Remember that memories of Cathy will always be yours and can’t be taken away. Turn to those memories when you find yourself in need of a smile and she will be there, just as she always was, with her bright smiling face.

RSVP to Join Via Zoom